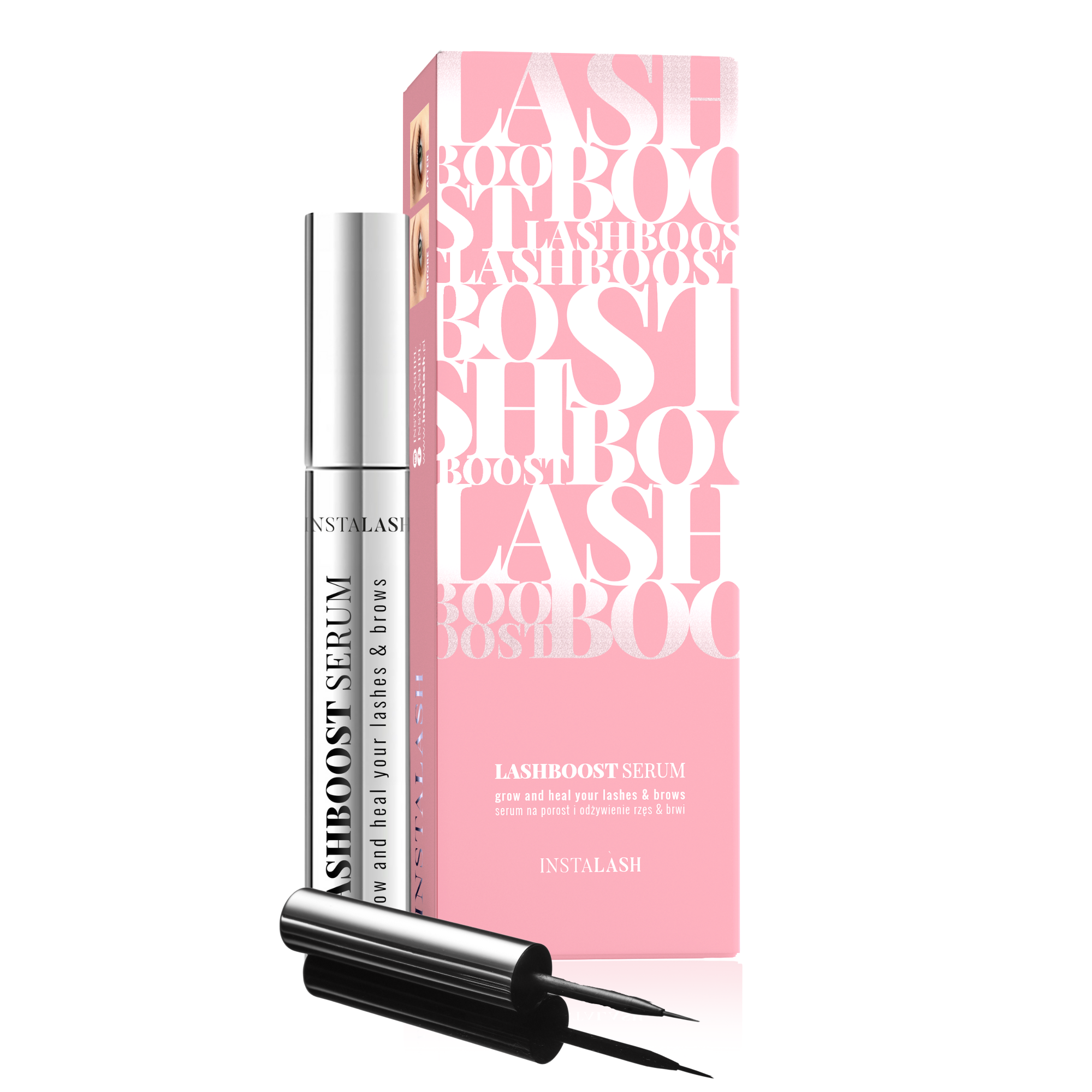 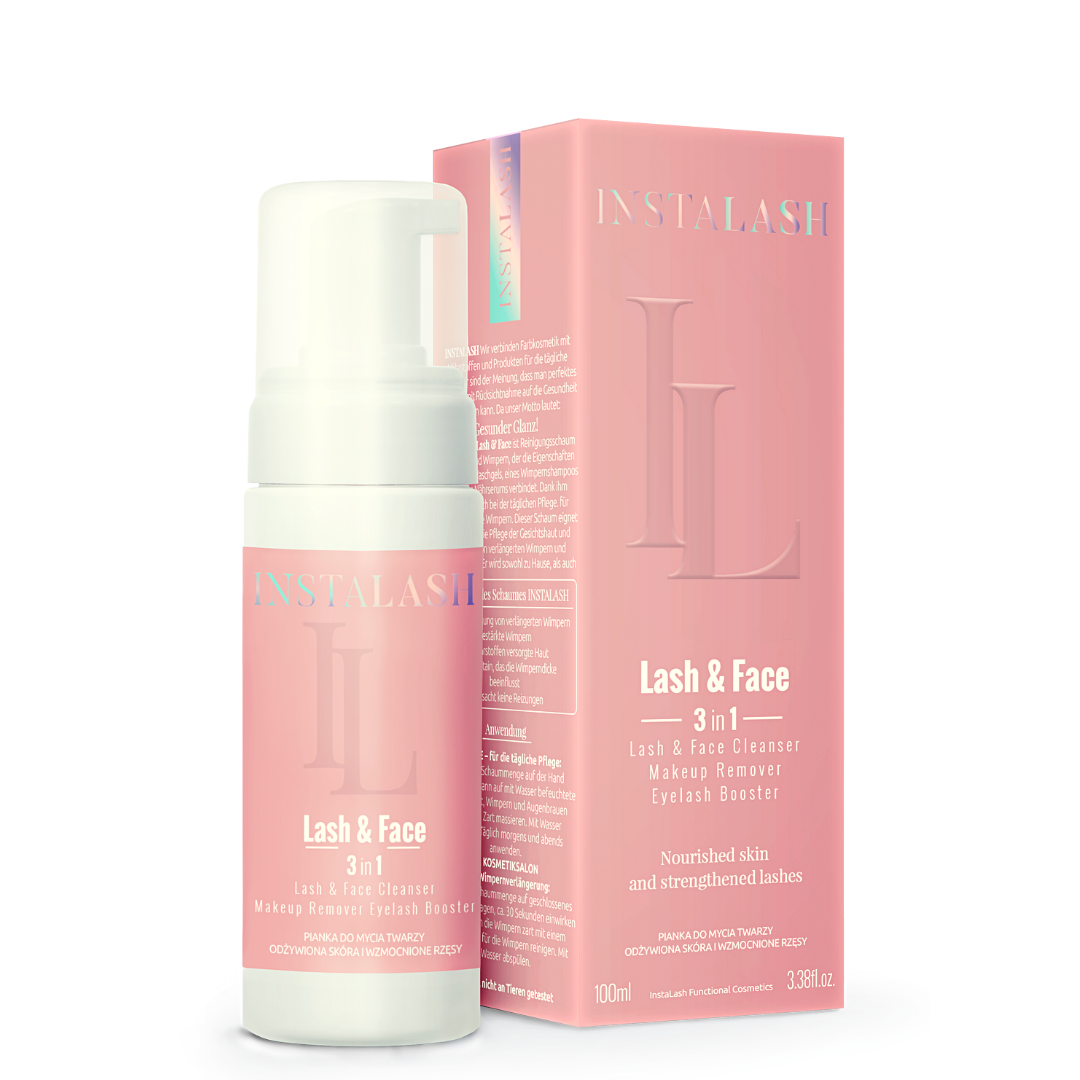 Self adhesive stickers (templates) for eyeliner and eye shadow 44 pcs

39.90 zł
* ALL ACCESSORIES ARE SOLD SEPARATELY

Black mascara with a growth stimulating serum that improves the length and thickness of lashes has become an undeniable phenomenon thanks to the powerful regeneration of lashes that takes place during everyday activities.  You do not need to do any additional actions and use unhealthy products such as serums with synthetic ingredients (our mascara does not contain Bimatoprost).

Thanks to a very strong moisturising ingredient, the cosmetic permanently adds volume to the lashes.

Thanks to a natural complex of ingredients, the mascara contributes to:

Use mascara daily. The right ingredients will naturally regenerate your lashes and you will look after the health of your lashes with your daily make-up. For best results, use in combination with LASH & FACE cleansing foam and SKINBOOST supplement, which will not only nourish your skin, but also moisturise your lashes for complete care.

Perfectly sized double sided brush has graduated length of bristles on both sides. Allows you to reach each lash, increasing its volume, from root to top, without dirtying the area around the eye.

Thanks to patented, innovative ingredients, the effect of INSTALASH cosmetics treatment will stay with you much longer than using standard eyelash serums with Bimatoprost. Eyelash serums with Bimatoprost contain addictive substances inside and the effect of the treatment ends soon after you stop using the fake stimulant – the serum works only during using it. The natural eyelash conditioner contained in INSTALASH cosmetics leaves an effect long after the treatment ends. Such conditioner moisturizes and strengthens the eyelashes at the base, as well as in the eyelash roots.

Research conducted by the raw material manufacturer shows that:

The mascara uses a complex of 3 active ingredients which have a comprehensive effect on lashes: they thicken, lengthen, moisturise and prevent them from falling out.

Baicapil is a designed and proprietary formula that helps to stop the loss of eyelashes. L-Arginine effectively hydrates lashes, boosts lash growth and prevents lash loss. Panthenol (provitamin B5) wraps the lashes and seals their surface. It helps thicken, lengthen and regenerate lashes.

BIMATOPROST – is the most popular ingredient in most common eyelash conditioners available on the market. Bimatoprost is now banned in a growing number of countries around the world.

Bimatoprost is essentially an ingredient in insect repellents, paints, and printing inks.

In 2001, Bimatoprost was approved by the FDA for the treatment of the disease glaucoma. It was noted that its side effect was a visible thickening and densening of eyelashes, therefore in 2008 it was approved by major cosmetic companies for the cosmetic industry.

Bimatoprost is an addictive substance for eyelashes – its effectiveness ends soon after you stop using the product. Eyelashes will quickly return to their original state after we stop using Bimatoprost.

The most dangerous side effect documented was permanent damage to vision.

Bimatoprost is often smuggled in the formulation under other names including Dechloro Dihydroxy Difluoro Ethylcloprostenolamide or 2-Phenoxyethanol.

Check all the reviews of our Polish customers, at the end of this page: https://instalash.pl/produkt/lashboost-mascara-z-serum-do-rzes/ 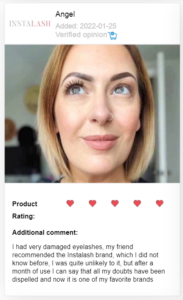 Self adhesive stickers (templates) for eyeliner and eye shadow 44 pcs

39.90 zł
* ALL ACCESSORIES ARE SOLD SEPARATELY